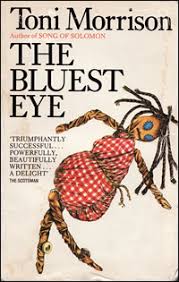 Toni Morrison has never been one to tiptoe around the truth.

She has, however, been accused of writing books so filled with racism, violence, and strong sexual content that they ought not to be allowed on a library or classroom shelf. Her first novel—“The Bluest Eye,” written in 1970—appears often on the American Library Association’s “most frequently challenged” list, as does “Beloved,” published in 1987.

Set in the author’s girlhood hometown of Lorain, Ohio in the years following the Great Depression, the novel tells the story of Pecola Breedlove, an “ugly” black child who prays for her eyes to turn blue so that she will be as beautiful and well-loved as all the blond, blue-eyed children in America seem to be.

Pecola and her family live in a squalid abandoned store. Her older brother wants nothing in life but to run away. Her mother, a cripple, works as a maid for an affluent white family. Her father, Cholly, left to die on the railroad tracks by his mother when he was a newborn baby, spends most of his time drunk. In the novel’s most disturbing scene, Cholly comes home to discover eleven-year-old Pecola standing at the sink washing dishes. Overcome with what Morrison describes as “revulsion, guilt, pity, then love,” Cholly forces his daughter onto the kitchen floor and rapes her.

Then he gently covers her with a quilt.

This is not the only sexually explicit scene in the book, but it is certainly the most unforgettable. And—along with more violence, a generous sprinkling of pedophilia and abundant profanity—the reason the book has been challenged as unsuitable ever since its publication almost half a century ago.

A spokesman for the Ohio Department of Education responded that “It is not the position of the board that this book, or any other book, be banned.”

The director of the American Civil Liberties Association of Ohio wrote that “attempts to ignore or gloss over complex issues do a disservice to our students, who cannot lead our future unless they fully understand the past and present.”

Toni Morrison herself, whose body of work was awarded the Nobel Prize in Literature in 1993, when asked about the controversy surrounding the novel said, “It allows conversation about the horrible effects that racism, poverty and substance abuse can have not only on the adults who experience them but on their children as well…. ‘The Bluest Eye’ forces readers to confront our own ideas about who or what is beautiful. I wrote it because we are all beautiful.”

So who’s right? The only fair way to weigh in is to read the book—in its entirety, of course—yourself. I welcome your opinions, which you may post to my website. And thanks for celebrating banned books with me all month long.