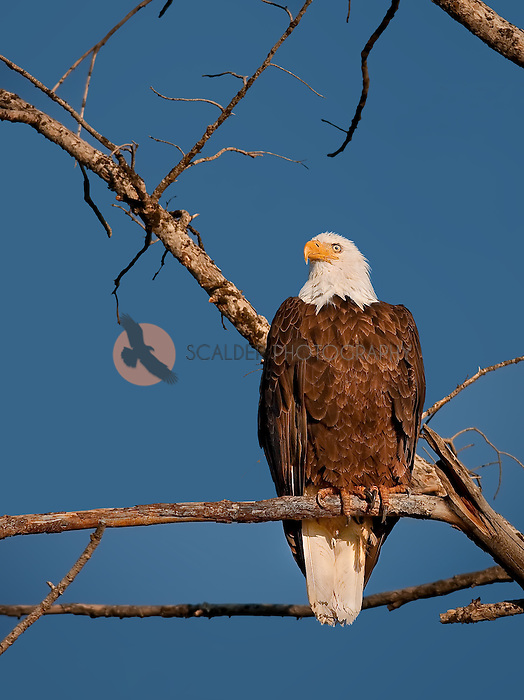 I was at a meeting in town when Elvis began singing “That’s All Right, Mama.” Which meant that my cell phone was ringing. The caller was my neighbor Alan, who never dials me up just to chat. Sometimes, he’s calling to tell me that a section of my pasture fence is down and the horses are fixing to get out. Other times, he calls to tell me they’re already out. But not this time.

“There’s a bald eagle perched in a tree by my pond!” Alan said.

“No. Quick, come see him before he flies off.”

I couldn’t, of course. And though I was disappointed, I confess that by the time I got home several hours later I had forgotten all about the eagle. It was four o’clock and already almost dark, so I hurriedly let the dogs out of their fenced yard and we headed to our pasture for a quick romp. Rounding the backside of the pond, something unfamiliar caught my eye.

Let me interrupt this story to say that, over the course of twenty-two years, I have circled that pond thousands of times. I know every rock and tree and brier thicket by heart. Let me also say that the sight of large birds is not unusual out here in the country. We have flocks of wild turkeys. Red-tailed hawks. Canada geese. Muscovy ducks. Crows. Buzzards. A gorgeous blue heron who lives near my pond and a snowy egret who visits occasionally. “Good Lord” woodpeckers. And, at this time of year, sandhill cranes soaring a mile overhead.

But never, ever an eagle.

I noticed the stark white head first. “What the heck…” I muttered, moving closer to the walnut tree where the giant bird was perched high on a bare branch. My heart was beating like crazy. No doubt about it. Alan’s eagle was giving me a second chance.

What to do? If I moved in for a better look, would it scare him away? If I whistled for the dogs before they got too close, might that ruin everything? Dared I risk returning to the house for the binoculars and taking a chance the eagle would be gone by the time I got back? For a few minutes, I did nothing but stand stock-still and stare in wonder. Then, ever so slowly, I turned and headed for the house. I put the dogs up, grabbed the binoculars and my now-muted cell phone and hurried back to the pasture.

The eagle was still there. Wow.

I trained the binoculars on him and tried to memorize exactly how he looked so I could tell this story to everyone not lucky enough to witness it. Three feet tall. White head and tail. Brownish-black body. Yellow beak and feet. Piercing predator eyes. I pulled my phone out of my pocket and texted George and Alan. DROP WHAT YOU’RE DOING, I wrote. BALD EAGLE IN OUR PASTURE!!!

While I was doing these things, the bird remained motionless. He didn’t shift from one leg to the other. He didn’t turn his head. He didn’t ruffle a single feather. He stayed as still as the E Pluribus Unum eagle on the back of the one dollar bill. Until the gravel crunched as George pulled into our driveway. As if on cue, the eagle crouched, threw out his chest, lifted his enormous wings and disappeared over the mountain.

A month has passed since I saw the eagle, but I still look for him every time I walk in the pasture or the woods. For a few days, I even wore the binoculars around my neck hoping they would bring me luck. My pulse quickens every time I hear the swoosh of heavy wings.

So far, though, all I’ve scared up is turkeys. Which I’m exceedingly glad lost out when it came time to pick our national bird. I know for certain now that the majestic bald eagle is a much better choice.